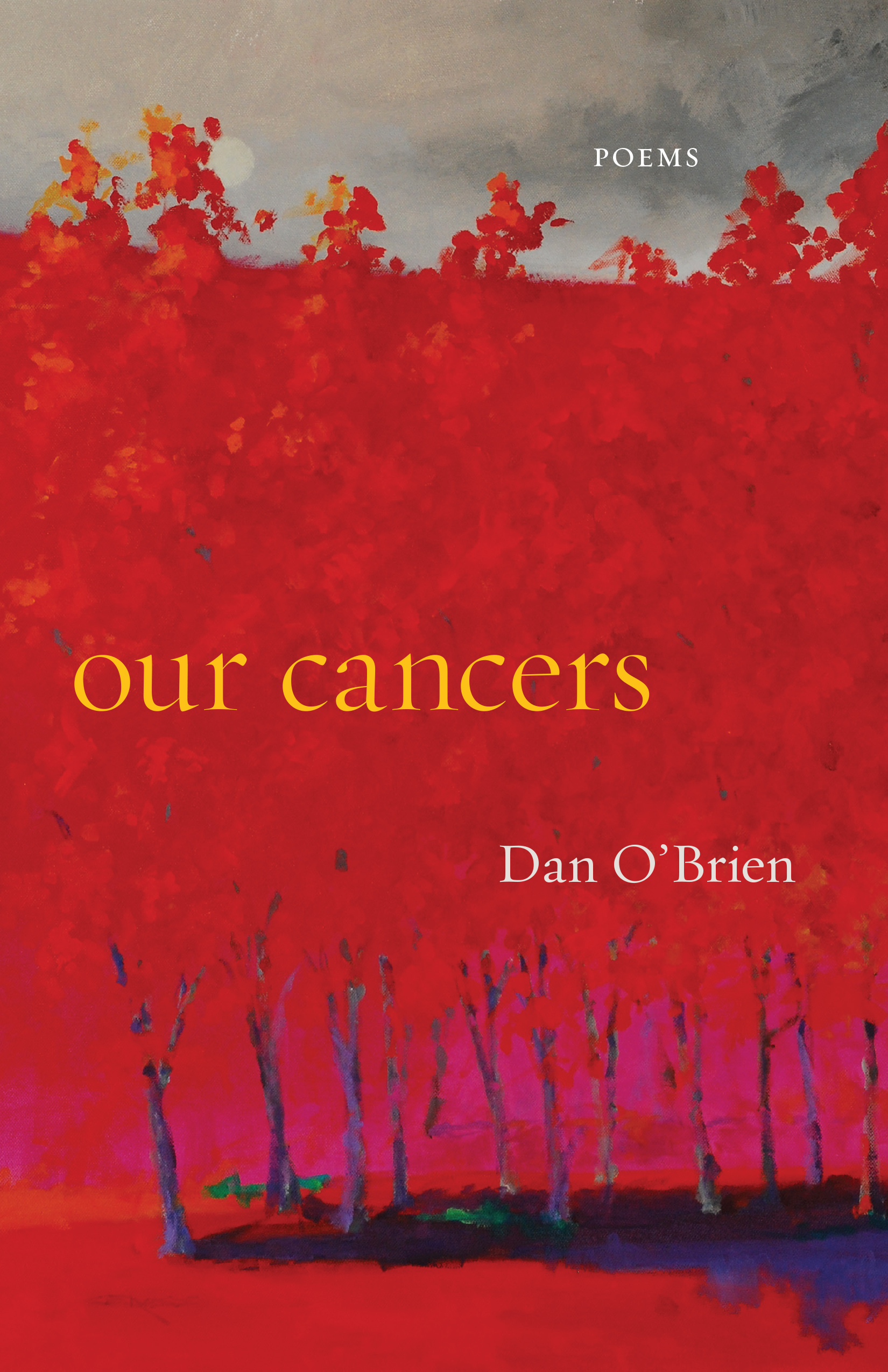 Dan O’Brien is a poet and playwright. His previous poetry collections include War Reporter, New Life, and Scarsdale. O’Brien is the recipient of a Guggenheim Fellowship in Drama and two PEN America Awards for playwriting. He lives in Los Angeles with his wife and daughter. 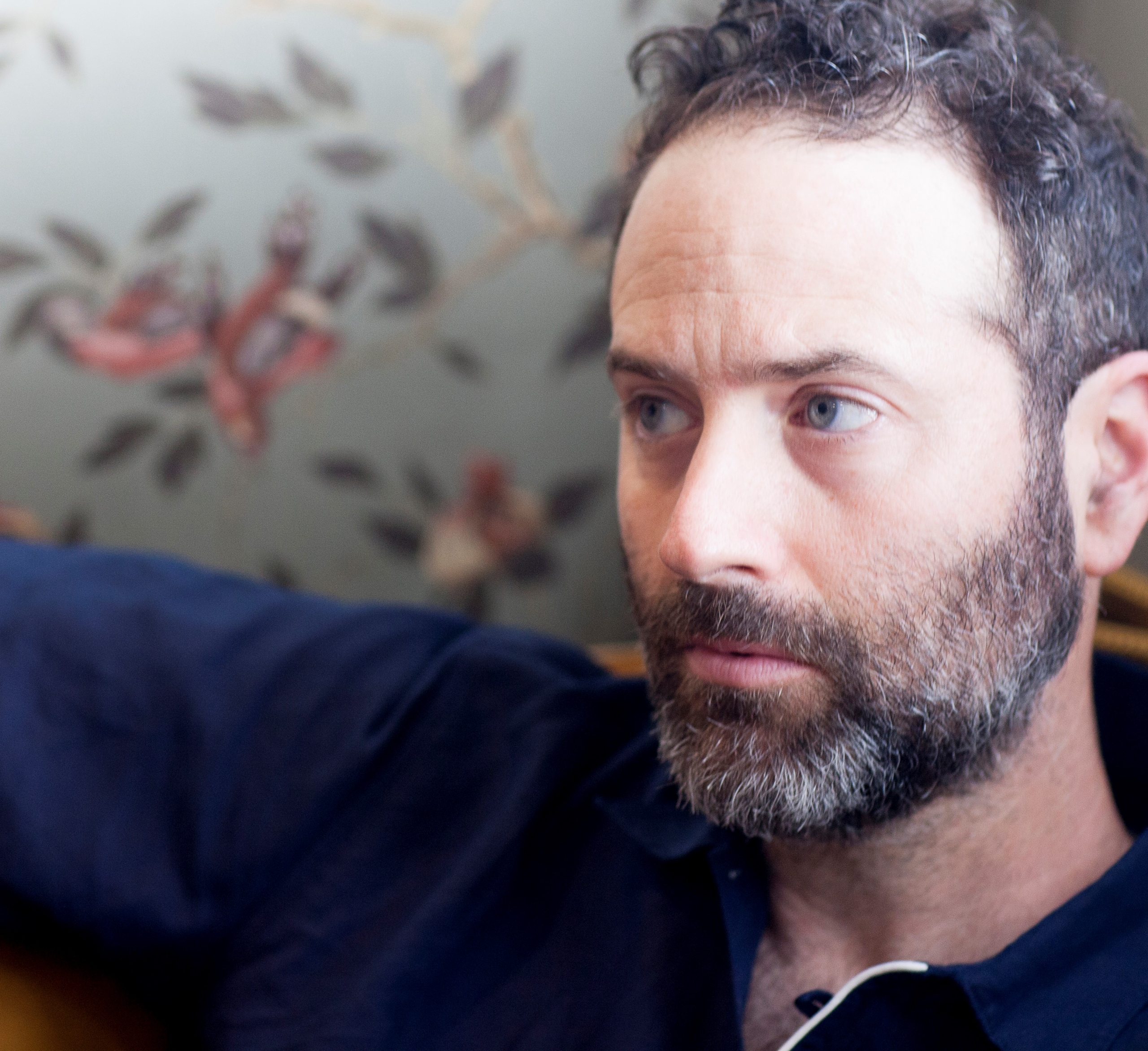 On the fourteenth anniversary of 9/11—an event that caused their downtown apartment to become “suffused with the World Trade Center’s carcinogenic dust”—Dan O’Brien’s wife discovers a lump in her breast. Surgery and chemotherapy soon follow, and on the day of his wife’s final infusion, O’Brien learns of his own diagnosis. He has colon cancer and will need to undergo intensive treatment over the next nine months.

Our Cancers is a compelling account of illness and commitment, of parenthood and partnership. This spare and powerful sequence creates an intimate mythology that seeks meaning in illness while also celebrating the resilience of sufferers, caregivers, and survivors.

As O’Brien explains in an introduction, “The consecutiveness of our personal disasters, with a daughter not yet two years old at the start of it, was shattering and nearly silencing. At hospital bedsides, in hospital beds myself, and at home through the cyclical assaults of our therapies, these poems came to me in fragments, as if my unconscious were attempting to reassemble our lives, our identities and memories . . . as if I were in some sense learning how to speak again.”

PRAISE FOR OUR CANCERS

“[O’Brien] has produced an exquisite and terrible beauty in these pages.” —Stephen Wilson, The Times Literary Supplement

“Dan O’Brien’s collection has brought his experience of his wife’s and his own cancer into the realm of shared memory. Although deeply personal, his poetic memories transcend into the universal story of grief and caregiving.” —Megan Kuklis, The Fiddlehead

“[A] powerful [meditation] on being a husband, a father, and a human while dealing with the very real possibility that it could all come to an end.”—Ryan Buxton, Katie Couric Media

“Our Cancers tells [O’Brien’s] truth not only skillfully but masterfully, making from pain a lasting chronicle of art that traces fragmentary moments of healing over time.” —J.D. Schraffenberger, North American Review

“Like all those who write about their own illness and suffering, O’Brien offers up the deepest recesses of his pain for the rest of us to pick over and examine. These are spare and beautiful poems to live by.” —Sophie Thomas, Magma Poetry

“The title of this new volume of poems by playwright Dan O’Brien is heartbreaking. Our Cancers is an account of the illnesses suffered by both by O’Brien, and his wife, Jessica. In an especially harrowing twist of fate, O’Brien discovers he has colon cancer on the very day his wife receives her final treatment of chemotherapy. . . . The reader is called to witness, to hold the sorrow, to understand. . . . We might wince, look away, or we might gaze and offer a hand. I think that is O’Brien’s message for his readers: anyone one of us can be so afflicted at any time in our lives. Our Cancers then becomes universal, a quiet warning.” ―Indira Ganesan, The Key Reporter

Tell others about Our Cancers. Choose Your Platform!