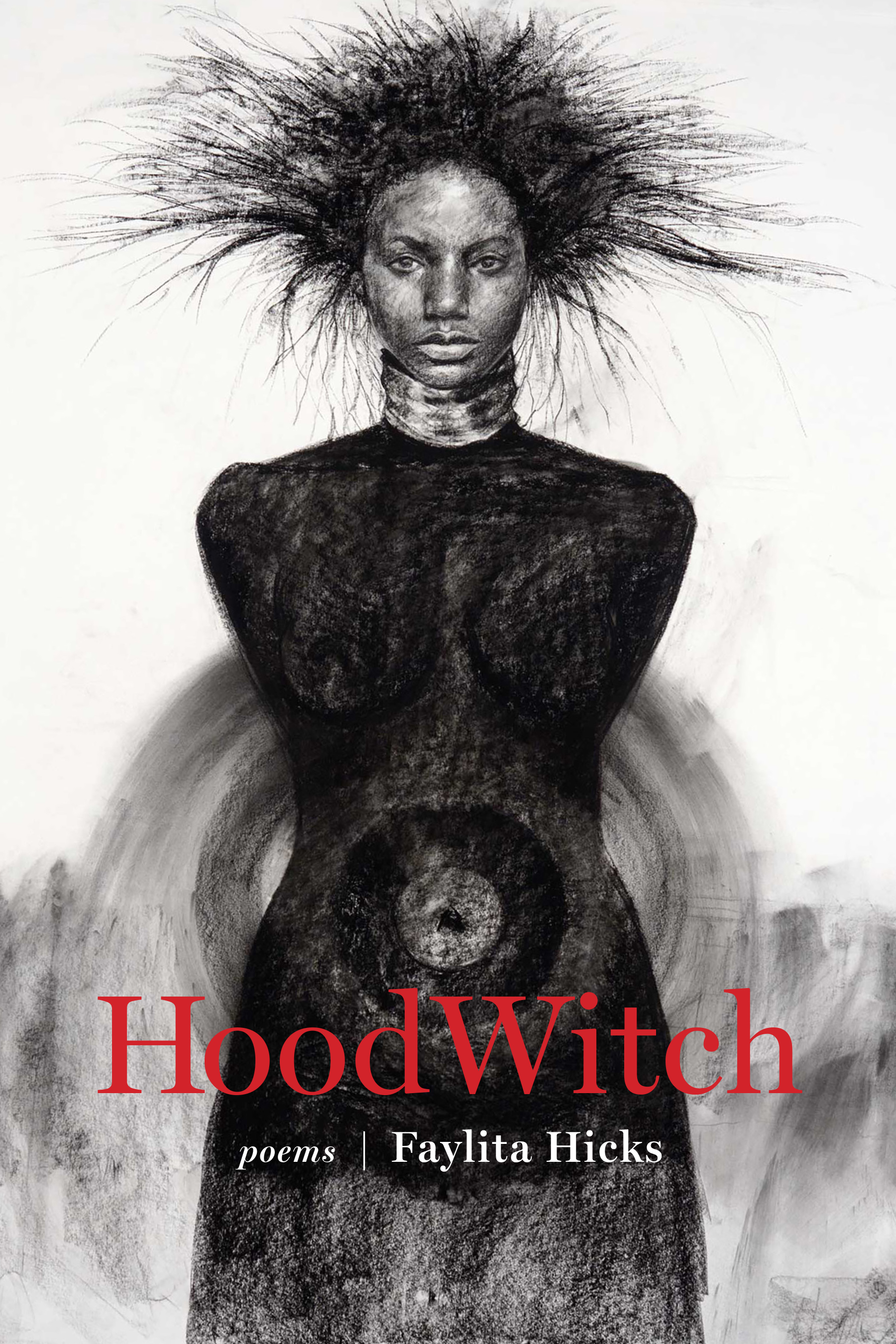 Faylita Hicks (pronouns: she/her/they) is a queer writer and the Editor-in-Chief of Borderlands: Texas Poetry Review. She received her MFA in Creative Writing from Sierra Nevada University, and has received fellowships and residencies from Lambda Literary, Jack Jones Literary Arts, Tin House, Right of Return, and the Vermont Studio Center. Hicks’s debut poetry collection HoodWitch (Acre Books, 2019) is a finalist for the 2020 Lambda Literary Award and the Julie Suk Award. Her poems and essays have been featured in or are forthcoming in Poetry Magazine, American Poetry Review, Poetry Daily, Slate, Longreads, Huffpost, Texas Monthly, Texas Observer, the Rumpus, Cincinnati Review, Adroit, Prairie Schooner, and elsewhere. Hicks is a 2020-2022 Texas Touring Artist for the Texas Commission on the Arts. 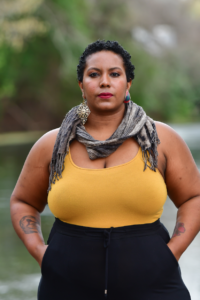 This riveting debut from poet Faylita Hicks is a reclamation of power for black women and nonbinary people whose bodies have become the very weapons used against them. HoodWitch tells the story of a young person who discovers that they are “something that can & will survive / a whole century of hunt.” Through a series of poems based on childhood photographs, Hicks invokes the spirits of mothers and daughters, sex workers and widows–to conjure an alternative to their own early deaths and the deaths of those whom they have already lost.

In this collection about resilience, Hicks speaks about giving her child up for adoption, mourning the death of her fiancé, and embracing the nonbinary femme body–persevering in the face of medical malpractice, domestic abuse, and police violence. The poems find people transformed, “remade out of smoke & iron” into cyborgs and wolves, machines and witches—beings capable of seeking justice in a world that refuses them the option.

Exploring the intersections of Christianity, modern mysticism, and Afrofuturism in a sometimes urban, sometimes natural setting, she finds a place where “everyone everywhere is hands in the air,” where “you know they gonna push & pull it together. / Just like they learned to.” It is a place of natural magick—where someone like Hicks can have more than one name: where they can be both dead and alive, both a mortal and a god.

“This book holds many spells we need.” —Deborah Bacharach, The Rupture

An incantatory, ecstatic collection brimming with heartbreak and triumph. This resonant, capacious debut will leave you staggering. —Laura Wetherington, Winner of the National Poetry Series for A Map Predetermined and Chance

HoodWitch examines what power looks like when reclaimed by Black women and nonbinary people. —Bitch Media

Hicks speaks masterfully on the homespun magic of Black women, women who use “dime store candles” and Florida water to heal their wounds and care for themselves in a world that does not care for them. As much as these poems are battle cries, there is a sadness and a violence to them too. . . . HoodWitch is a testament to the lineage of power, vulnerability, and strength. —Electric Literature

“Hicks’s book . . . is equally interested in the political and the magical. . . . Through her compassionate attention to the struggles and suffering of other mothers and daughters, including transgender people, the speaker begins to find channels of communication to the divine beyond this life and within it.” —Kathryn Nuernberger, West Branch

“What an exhilarating collection Faylita Hicks’ HoodWitch is. . . . Visceral, riveting, and somehow both heartbreaking and empowering. The words lick at you from its pages like potent flames.” —Jami Attenberg, author of All This Could Be Yours

“Charged with surreal images and personal history, HoodWitch is an exciting debut that haunts at every possible turn. This richly imaginative world in which all is possible and time and space are merely distant constraints explores the hunger for intimacy and the constant remains of absence. This collection reminds that the truest representation of emotional truth is best derived through the fantastic. Each poem is a special magic that inhabits the deepest parts of the psyche, digs in, and resists forgetting.” —Airea D. Matthews, 2016 Yale Series of Younger Poets winner

“The visceral music of this poet’s hard-won grace is a liberating testament to black womanhood and what poetry can do. This “hallelujah to the hoodwitches” is important, necessary, and fearless without a single false note—one of the most original debuts I have read in many years. These brilliant poems are built from fuel and fire. This powerful poet is the future and the truth.” —Lee Herrick

Tell others about HoodWitch. Choose Your Platform!