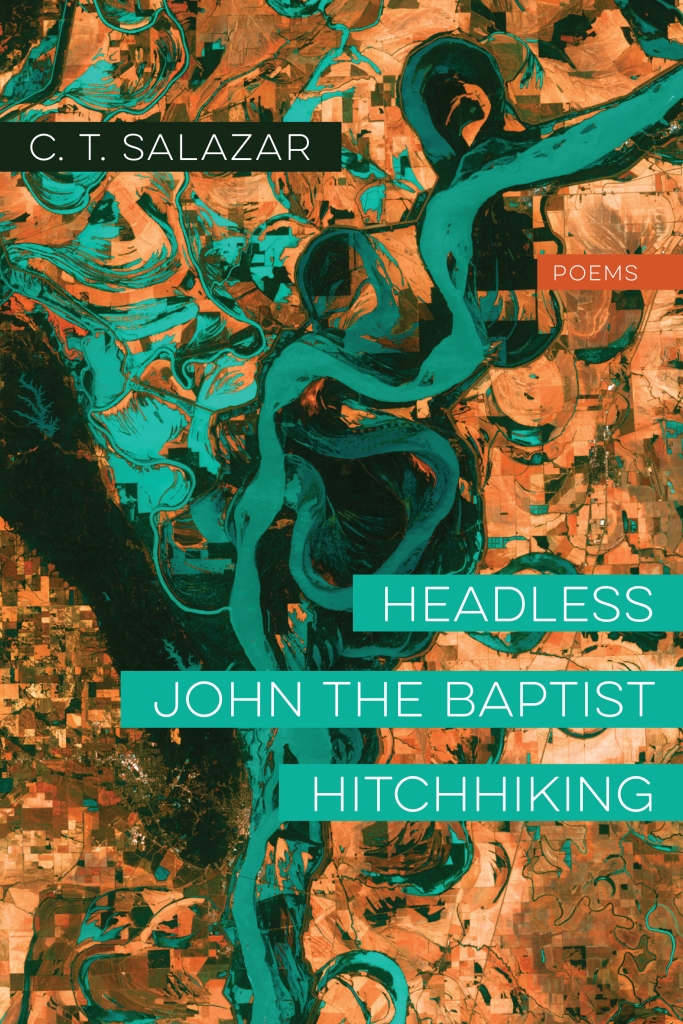 C. T. Salazar is a Latinx poet and librarian from Mississippi. He is the 2020 recipient of the Mississippi Institute of Arts and Letters Award in poetry. He is the author of three chapbooks, and his poems have been published in the Rumpus, West Branch, Cincinnati Review, Beloit Poetry Journal, 32 Poems, Denver Quarterly Review, and elsewhere. 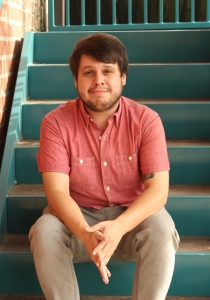 In C. T. Salazar’s striking debut poetry collection, the speaker is situated in the tradition of Southern literature but reimagines its terrain with an eye on the South’s historic and ongoing violence. His restless relationship with religion (“a child told me there was a god / and because he was smiling, I believed him”) eventually includes a reclamation of the language of belief in the name of desire. “I felt myself become gospel in your hands,” the speaker tells his beloved. And, as the title poem asserts, a headless body “leaves more room for salvation.”

Though Salazar’s South is not a tender place, the book is a petition for tenderness, revealing in both place and people the possibilities for mercy, vulnerability, and wonder. The lyric I, as it creates an archive of experience, is not distanced from the poems’ subjects or settings, but deeply enmeshed in a tangled world. In poems with lush diction, ranging from a sonnet crown to those that explore the full field of the page, Headless John the Baptist Hitchhiking seeks—and finds—where the divine resides: “Praise our hollow-bell bodies still ringing.”

The poems probe the ever-presence of history, family, place, religion, and grief insisting on multidimensionality and the complicated ways the aforementioned entwine with us, for better and worse. […] The collection left me thinking that perhaps everything lost—beliefs, people, strands of hair to a crow’s nest—might be returned or found, though in altered form, and in this way survive. Verdict: a gorgeous, open-hearted debut. —Amy Dickinson, Library Journal (starred)

The collection is filled with stories about Salazar’s life, family, and experiences growing up as a queer person of color in Mississippi. Headless John the Baptist Hitchhiking is a masterclass in power, both in its language and in its intimacy. Salazar achieves this closeness not only with stories, but with immense tenderness.—Jordan Zachary, Southern Review of Books

To say that these poems are gorgeous is both an understatement and a simplification of what is contained within the pages. In Salazar’s book, the reader is transported into a world encompassed with juxtaposition—harsh violence and decay against the hope of redemption and a hint of dream-like beauty. —Amanda Rabaduex, The Poetry Question

Salazar chronicles a tangled history with religion, as well as an enduring search for the spiritual and divine. Ultimately, Headless John the Baptist Hitchhiking beautifully argues that the divine can be found in everyday people. —Read Poetry

Simply put, this book trains its reader to do what its writer does: it teaches us to leap. The poet gives us practice at hopscotching between sturdy landings, from the small outposts of home and belonging to the patches of certain ground where those who suffered and strived before us found their footing and dropped a pin. —Jane Zwart, Plume

The speakers of Salazar’s poems often praise and worship small things, as if they’re trying to define faith on their own terms. . . . The multitudes every poem contains is immense. —Laura Villareal, West Branch

But most conspicuous among the images are the stars, which appear in nearly every poem, often as constellations and sometimes slantingly, winkingly as diamonds. Sometimes they are close, making the universe feel small; sometimes they are distant, making human dramas appear minuscule. Salazar is deft, deploying his stars in ways that suit many different lyrics and accumulate to complicate their every appearance. The heavens also blend with heaven in a way that invokes the biblical. And further, as barns bleed into fish, the heavens swirl with windows and webs, becoming thresholds and portals. —Krysia Wazny McClain, Colorado Review

Salazar’s poetry deliberates on the spiritual experience of connection and desire. His debut full-length collection, Headless John the Baptist Hitchhiking focuses on the history of violence in the American South and how an individual’s loss of faith in God could be reconciled by discovering the holiness of human connection. Salazar emphasizes the value of faith: ‘I said I wanted to worship something, even if it’s just the black / beetles in your yard crawling around hurriedly / like pieces of a star trying to reassemble itself.’ This desire for intimacy is fundamental to Salazar’s poetry. —By Leila Greening