Malia Marquez on What to Read for Hispanic Heritage Month: Part 2

Home/Malia Marquez on What to Read for Hispanic Heritage Month: Part 2
Previous Next

Malia Marquez on What to Read for Hispanic Heritage Month: Part 2 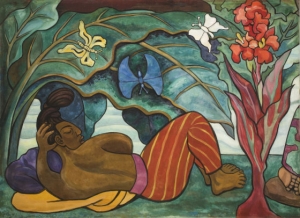 In celebration of Hispanic Heritage Month (Sept. 15–Oct. 15), also known as Latinx Heritage Month, please enjoy part 2 of 3, a roundup of titles that honor and explore the richness of Hispanic and Latinx culture, recommended by Acre Author Malia Marquez.

Marquez’s debut novel This Fierce Blood features magical realism with themes of maternal ancestral inheritance, exploring the ways Hispano/Indigenous traditions both conflict and weave together, to shape the distinctive character of the American Southwest. Out from Acre Books Oct. 15, 2021.

Rooted in Gloria Anzaldúa’s experience as a Chicana, a lesbian, an activist, and a writer, the essays and poems in this volume profoundly challenged, and continue to challenge, how we think about identity. Borderlands / La Frontera remaps our understanding of what a “border” is, presenting it not as a simple divide between here and there, us and them, but as a psychic, social, and cultural terrain that we inhabit, and that inhabits all of us.

A swashbuckling adventure story that reveals for the first time how Diego de la Vega became the masked man we all know so well. Born in southern California late in the eighteenth century, he is a child of two worlds. His father is an aristocratic Spanish military man turned landowner; his mother a Shoshone warrior. At age sixteen, de la Vega is sent to Spain, a country chafing under the corruption of Napoleonic rule. He soon joins La Justicia, a secret underground resistance movement devoted to helping the powerless and poor. Between the New World and the Old, the persona of Zorro is formed, a great hero is born, and the legend begins.

Vestiges of Courage is a collection of personal essays that explores inequities and injustice. Raised between two cultures and two languages, Vela discusses how the systems in her family and in society worked to create an abusive environment that felt crushing, confusing, and hopeless: “Because we were made of mud and therefore mute, we could not tell the story of these things that kept happening. . . . Even if we did try to speak, we were not believed. No one knew how to listen to the voice of mud.”

The Monsters of Chavez Ravine by Debra Castaneda

Los Angeles, 1952. When her father is attacked under mysterious circumstances, 22-year-old Trini Duran must return home to Chavez Ravine, a neighborhood mostly abandoned after the government sent letters to residents demanding that they leave. Only two hundred stubborn holdouts remain. While the Mexican American community fights to save their homes, they face a new threat that is even harder to combat than the politicians who want them gone.

Review of Dan O’Brien’s OUR CANCERS by Megan Kuklis