Michael Downs on His Debut Novel

Home/Michael Downs on His Debut Novel
Previous Next

Michael Downs on His Debut Novel 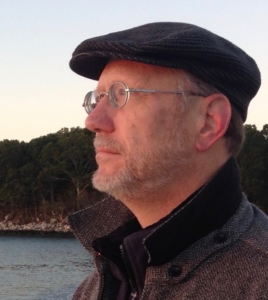 Michael Downs, author of the newly released Strange and True Tale of Horace Wells, Surgeon Dentist, answers a few questions about his ambitious, sweeping debut novel, centered on the modest, scientifically-minded man who changed the world by discovering that nitrous oxide could be used as anesthesia.

Nicola Mason: When and how did you first learn of Horace Wells and his discovery, and what about his story caused you to devote a novel (and a decade) to him and those surrounding him?

Michael Downs: For another (still unwritten) novel, I wanted a scene in the cemetery where my grandparents are buried. Cedar Hill’s a great place—Katharine Hepburn and Samuel Colt are there. So are Horace and his wife, Elizabeth. In researching, I came across Horace’s story: so ironic and tragic, full of indecorous details they don’t tell Connecticut school kids learning about “the discoverer of anesthesia.” I had so many questions. Horace took over and never let me go.

NM: You’ve mentioned there’s a goodly amount of information in the historical record about Horace, but what of his wife, Elizabeth? She is an equally fascinating and complicated character in the book; it’s as much her story as his. How did you go about creating her consciousness and re-creating their marriage? 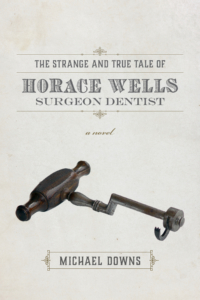 MD: Enough of her letters to Horace have been reproduced, as well as letters she wrote after he died, to give me a starting sense of her personality and attitudes. Paintings of her inspired me. Add to that characteristics, qualities, and conflicts I’ve recognized in other women, friends, and relatives. That’s how I create all my characters: they’re amalgamations of several people, vivified by imagination.

NM: One of the delights in the book is your seemingly effortless forays into the consciousnesses of minor—even passing—characters. What do you aim to achieve with this strategy?

MD: Thanks! You’ve noted the most important structural element of the novel. I knew I wasn’t writing just about Horace but about Horace and his world, a world he changed. One way to show that world was through other consciousnesses: Horace’s barber, his friend Riggs, the first mate on the ship during Horace’s transatlantic voyage. These forays, for me, give the novel a nineteenth-century breadth, that expansiveness you get from Middlemarch or a Dickens novel. They also allowed me to explore the vast, idiosyncratic nature of pain. Anesthesia couldn’t end all suffering, because suffering is too multifaceted and individual. As Horace comes to understand, “pain is a slippery thing.”

Learn more about Michael at michael-downs.net. Order The Strange and True Tale of Horace Wells HERE.