Heraclitus and Hummer: An Interview

Home/Heraclitus and Hummer: An Interview
Previous Next

Heraclitus and Hummer: An Interview

By prior arrangement, I met the poet T. R. Hummer at a place where three roads converged in a yellow wood midway in life’s journey. On the cusp of publishing his twelfth book of poetry, After the Afterlife, he was feeling cocky, and so he was actually trying to step in the same river—which happened to flow alongside one of the roads—twice. 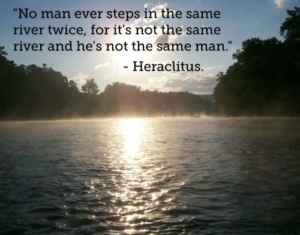 Heraclitus: Hummer, just exactly what is the matter with you?

Hummer: Do you ask that because I write poems instead of knit covers for your golf clubs?

H: Enough about me. These poems you write are highly allusive. You talk to someone named Heraclitus a lot, but it isn’t me, since we’ve never spoken before. There’s also much about music and musicians (mostly jazz and classical) as well as allusions to various spiritual traditions. Yet you’ve chosen to leave out a “notes” section; it makes me wonder what you expect from the reader. Do you think I’m going to go look all this stuff up? What is your relationship to “accessibility”? What do you hope a reader will glean on first read, second, third?

H: To answer your last question first, it will depend on how much of this stuff you look up after you read the book the first time. Which may or may not also address the third from last question. But all seriousness aside, I do indeed (in this book) talk to Heraclitus a lot, although never to you. And who exactly was Heraclitus? If you go look that up, you won’t learn much. I mean you, especially, won’t. Heraclitus in these poems is not the “real” Heraclitus; he’s an invention of mine, and I think the poems make it clear that he represents a certain power of language that resides in orality rather than in writing. The same is true of anyone else alluded to in the book: all made up. The idea is that the book will create a universe in which these various people eat and go to work and such. That universe looks something like the usual one, and is itself in conversation with the everyday one in which we live, and where people like Heraclitus, whoever he really was, also lived—and go on living through the echoes of their work, whatever it may have been. So a “notes” section would deflect what I hope will be readers’ imaginative response to the poems. Is “my” Heraclitus more handsome than the original because I have given him a cleft chin? Well, the answer to that question is really up to you.

H: Enough about me. This book seems to be all about you, if counting the occurrences of the pronoun I in the poems is any indication. Your older poems are much more about him and her and they and them than this book. And yet when I finish reading this, I don’t really have a very clear sense of you, biographically: there’s nothing much in here about your being born in a log cabin you helped your father build. What’s your relationship to the kind of poetry we call “confessional”? Doesn’t most poetry end up saying I a lot? 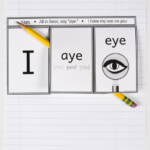 H: I in these poems is an invention, like Heraclitus. There are two ways to think about it: one has to do with information, the other with technique. The pronouns a writer uses—like the images she deploys—color the writing. There was a moment in the late ’90s when I suddenly (actually right smack in the middle of writing a poem) got sick of the way I had been writing poems for the preceding twenty years, a way that had a lot to do with something I had been taught: Write what you know. Use your own material. I found that I was no longer interested in myself, because, as you may notice, I am profoundly uninteresting. So I started writing about him and her rather than I, and it gave me a much greater freedom to invent. But then I looked around and realized that another twenty years, nearly, had passed, and that I could write about I in the same way I could write about he or she : without being bound by the dull facts of my own existence. Or that I could write about those dull facts in new ways. (Please make a note for your lawyer: I never once wrote about you. Not really.)

H: Enough about my lawyer—who, by the way, can at least stay on the subject; her legal briefs are models of clarity and logic. You don’t seem to be able to do that. Your stuff jumps around and twists. You never stay with one idea. Is this “dream logic” or adherence to “inner landscapes”? The poems aren’t weird enough to be surrealist; how does your work draw from or differ from some of the schools of poetry that rely on the “unconscious” (neosurrealism, the deep image poets, the elliptical poets, etc.)?

H: Your lawyer also plays golf, but I don’t knit covers for her clubs, either; that situation might serve as a model of nonlinearity. The older I get the less I think about different “schools” of poetry, because the older I get the less clearly I can remember them. They’ve all congealed in my head into a sort of poetry jello salad, which is very unappetizing, especially the tiny marshmallows. What I have thought about a good deal lately is the word trope, which as far as I can tell has been horribly abused in recent critical discourse, and I feel sorry for it. In critical theory, the word trope can evidently mean just about anything. In ancient Greek—as you bloody well ought to know—it just means turn, as in heliotrope, a flower that turns to follow the sun (helios). The word prose, on the other hand, originally meant to move in a straight line. So your attorney, with all due respect, is a prose writer. I’m a poet, so I need to stick to the turn; even the much-maligned word verse means turn (as in versus). So what’s a poor poet to do? What’s the verse that could happen?

One of Acre Books’s frequent interviewers, Heraclitus “wrote” a “book” once. Or perhaps not.