Home/Aaron Bauer on “Il y a”
Previous Next

One of the more formally intriguing pieces in the Angry Baby anthology is a hybrid form—“Il ya,” by Aaron Bauer. (There’s also an invented language by Craig McDaniel.) Below Aaron discusses how his powerful piece came about: 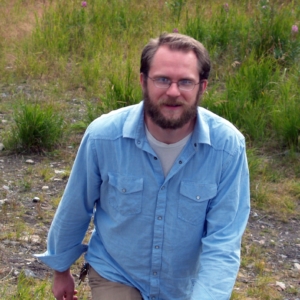 Babies and writing have been intertwined for much of my life as a writer. My first child was born the week I started my MFA. And I have been writing about my children (I now have three) either expressly or at a slant—as Dickinson would say—ever since.

“Il y a,” which is a French expression that translates to “there is.” It is also a term that the French philosopher Emmanuel Levinas uses to examine Being (with a capital B). In his book Existence and Existents, Levinas writes, “The things of the day world then do not in the night become the source of the ‘horror of darkness’ because our look cannot catch them in their ‘unforeseeable plots’; on the contrary, they get their fantastic character from this horror. Darkness . .  . reduces them to undetermined, anonymous being, which they exude.”

In essence, the il y a is the core understanding of the world for a child who is afraid of the dark because the dark itself holds an unlimited number of possible “beings.” There is a fear of what could be there, and a fear of being consumed by this unknowable Other. However, in that consumption, a delineation between the “I” and the Other must arise. In order to be an “I,” one must recognize the Other and gain some self-definition from that Other. As the Stanford Encyclopedia of Philosophy explains, “It hearkens to a call that comes not from neutral Being but from the Other.”

“Il y a” is inspired by this play between I and the Other. There are two columns of text that directly replicate each other, except on the left column, all the letters but I, L, Y, and A are replaced with an X.  The result is disorienting but—at least I feel—is visually engaging. It juxtaposes the world that we can see during the day and the world we can imagine in the night.

I often feel that my children—especially when they act like “angry babies”—are unknowable Others. But I can’t deny the understanding of who I am that I gain by my interactions with them. Those interactions are sometimes scary; I don’t always like who I am as a parent. But I know more about who I am because they are in my life.

Often, an angry baby (and being a parent of an angry baby) is not a glamorous or pleasant thing. But I think it is an important topic for the literary community to examine and explore. I’m glad to be included in the anthology!