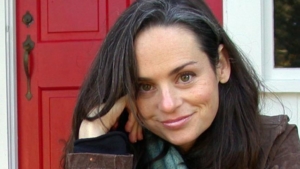 Another contributor to A Very Angry Baby: The Anthology provides insight on her story’s conception: I was obsessed with Marie Curie years ago while writing a series of poems about her and her daughter, some of which were part of my collection called Lizzie Borden in Love. But she came back to me this past year as I was thinking about tropes in horror—in particular, Frankenstein’s monster. I also wanted to write from the voice I’d found in poems—this woman with two stiff buns worn hornish on her head, who spoke using words that have been dropped from English; a strange, wild, bedridden woman writing letters (and warnings) to her lover. I wanted to try her voice out in an extended form, a story. I started out as a short story writer, stubbornly resistant to all other genres. But then came essays, then poems, then novels—screenplays were mixed in there too. I took a long break from the short story, except when asked to contribute to something. But this story came to me all on its own. Then I realized it had a baby in it, and the baby was angry.